This October Ballymena bookclub are reading His Bloody Project by Graeme Macrae Burnet. It is proving to be the perfect grizzly read for this time of year and it is also making an impact on award lists too. 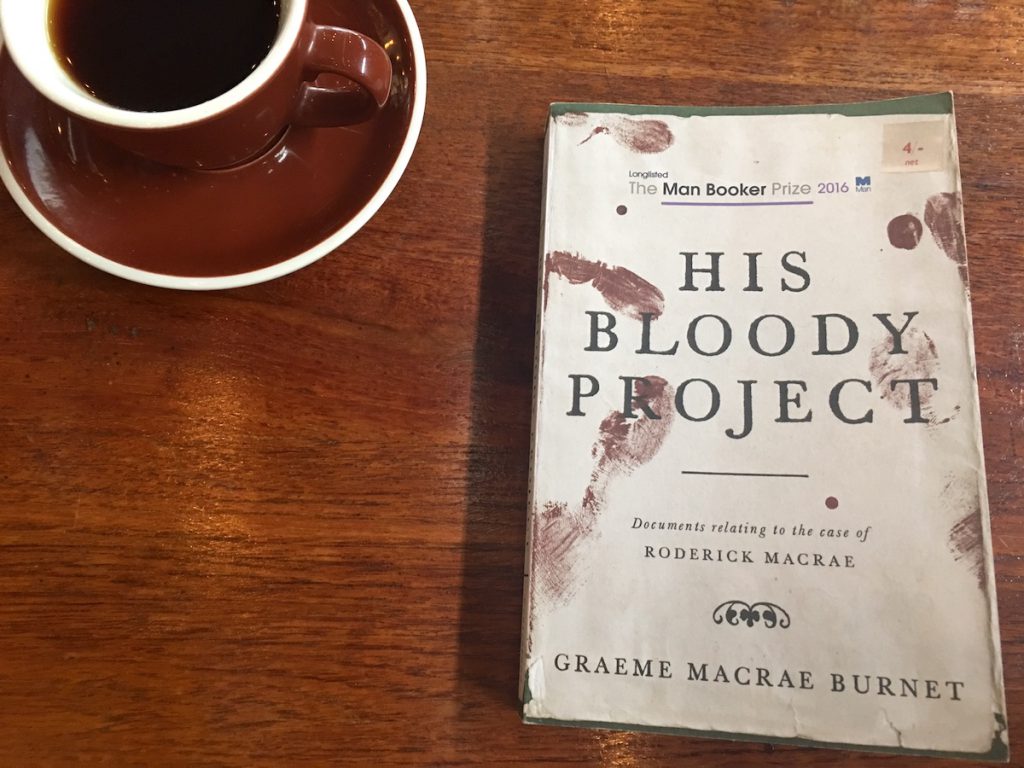 His Bloody Project is a grim and thrilling read. The plot focuses on a young man, Roddy, from a Scottish village in the late 1800’s who is said to be an ancestor of the author. Roddy is involved in a terrible incident and promptly swept off to prison. In prison he writes an account of his life leading up to the dreadful incident for which he could be hanged. Accompanying reports from doctors, neighbours and family member leave the reader to draw their own conclusions as we watch the story unfurl. A book which is not for the faint-hearted!

His Bloody Project has been nominated for this years Man Booker Prize. It has reached the shortlist and was favourite to win as Waterstones and Amazon reporting that it outsold the other titles by quite a stretch. Burnet is also a former Waterstones bookseller and the book chain are delighted to see their former colleague do so well.

“Our bestselling title by some distance is His Bloody Project. A cracking plot combined with the literary kudos bestowed upon it by the Booker judges seems to have created a kind of commercial alchemy – which has made it not only our bestselling Booker title but one of our bestselling titles full stop,” said Waterstones fiction buyer Chris White. “Also, from a personal perspective, it’s wonderful to see a former Waterstones bookseller having such success.”

The Man Booker Prize this year features a strong list of fiction books – which are all worth reading. Take a look below at the full shortlist.