Ballymena Cinema is showing lots of great film this month including some award winners and Oscar nominated movies. Heading to the cinema is a great little treat on these dark winter nights and Ballymena IMC Cinema has lots of offers to tempt you with. Head on a Tuesday to get your tickets for £3.50, book online on a Wednesday for a discounted rate and on a Thursday you can pick up a special meal deal ticket for £8.50. they also have a kids club playing a children’s film on Saturdays – for details of the next children’s club click here to follow Ballymena IMC Cinema on Facebook. 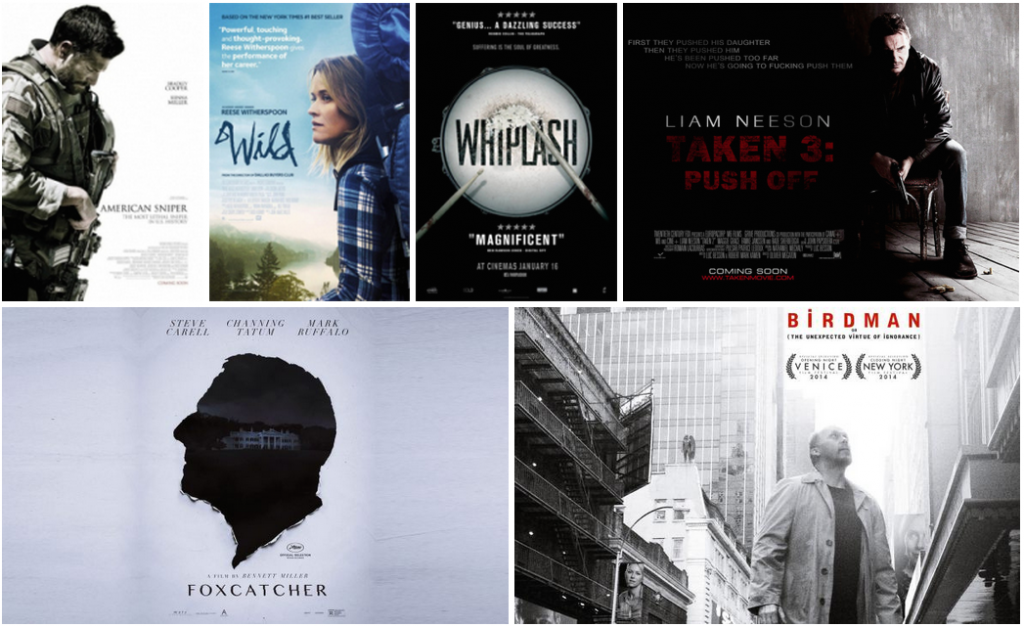 One for the boys – American Sniper 15A – Navy SEAL sniper Chris Kyle’s pinpoint accuracy saves countless lives on the battlefield and turns him into a legend. Back home to his wife and kids after four tours of duty, however, Chris finds that it is the war he can’t leave behind.

One for the Gals – Wild 15A – A chronicle of one woman’s 1,100-mile solo hike undertaken as a way to recover from a recent catastrophe.

The one that is better than you expect – Whiplash 15A – A chronicle of one woman’s 1,100-mile solo hike undertaken as a way to recover from a recent catastrophe.

The one starring Ballymena Boy Liam Neeson – Taken 3 12A – Bryan Mills, an Ex-government operative is accused of a ruthless murder he never committed or witnessed as he is tracked and pursued, Bryan Mills brings out his particular set of skills to find the true killer and clear his name.

The one that you wont believe is a true story – Foxcatcher 15A – Wrestler Mark Schultz forms a relationship with his new sponsor, millionaire John du Pont, as they train for the 1988 games in Seoul – a union that leads to unlikely circumstances as both men feel inferior to Mark’s revered brother, Dave.

The one with 9 Oscar Nominations – Birdman 15A – A washed-up actor who once played an iconic superhero must overcome his ego and family trouble as he mounts a Broadway play in a bid to reclaim his past glory.

Phew, we don’t know which one to choose. Hopefully lots of Ballymena folks are supporting Liam in Taken 3 and enjoying his latest action flick. Let us know what you see at Ballymena Cinema this Month.