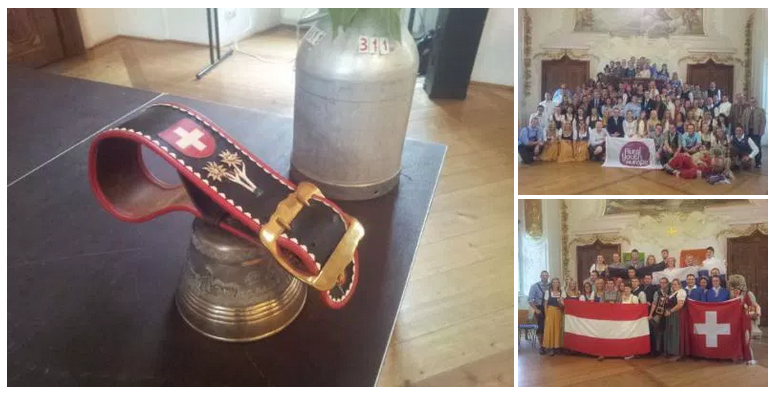 Members of the Young Farmers Club in Northern Ireland have just returned from the European Rally which was held this year in Austria. YFCU President Roberta Simmons said it was ‘A great week of learning, experiencing culture & new skills & making lifelong friends’.

The Rural Youth Europe European Rally unites 150 young people from across Europe for a week of homestays, sight-seeing and workshops. It is the perfect opportunity to experience different cultures, languages and even food with an international buffet and displays from each country. You will be attending the rally with three other NFYFC members so it’s also a great chance to make new friends a little closer to home too. (Source)

The theme of the 2015 European Rally this year was “Work hand in hand – create your land” and it focussed on creating a sustainable future for the YFC and the rural community. This was a great opportunity for young farmers to get to travel and experience new culture, ideas and learn with others from all over Europe.

These photographs are from the recent Rural Youth rally – you can see more form Rural Youth at their facebook page. Well done to all who organised the last event and congratulations to the Northern Ireland team who will be organising the 2016 Young Farmers European Rally event.