Networking both on and offline has never been so easy. Ballymena has its fair share of business networking groups and there are also several local online groups. This can help your business get new contacts, generate extra sales and collaborate on projects.

Three Ballymena businesses who recently partnered and collaborated on an interesting project together were Technical Transport Products (TTP), Grafters Media and MCC Computers.

TTP, based in Woodside Road Industrial Estate, recently celebrated their 40th anniversary in business. This is a great achievement and they wanted to do something special to mark this significant milestone. Having been clients of MCC Computers in Galgorm for many years, TTP approached MCC who agreed to produce a short film to celebrate the history of the company and showcase their services. At this point MCC called on the video expertise of Stephen Reid from Grafters Media. 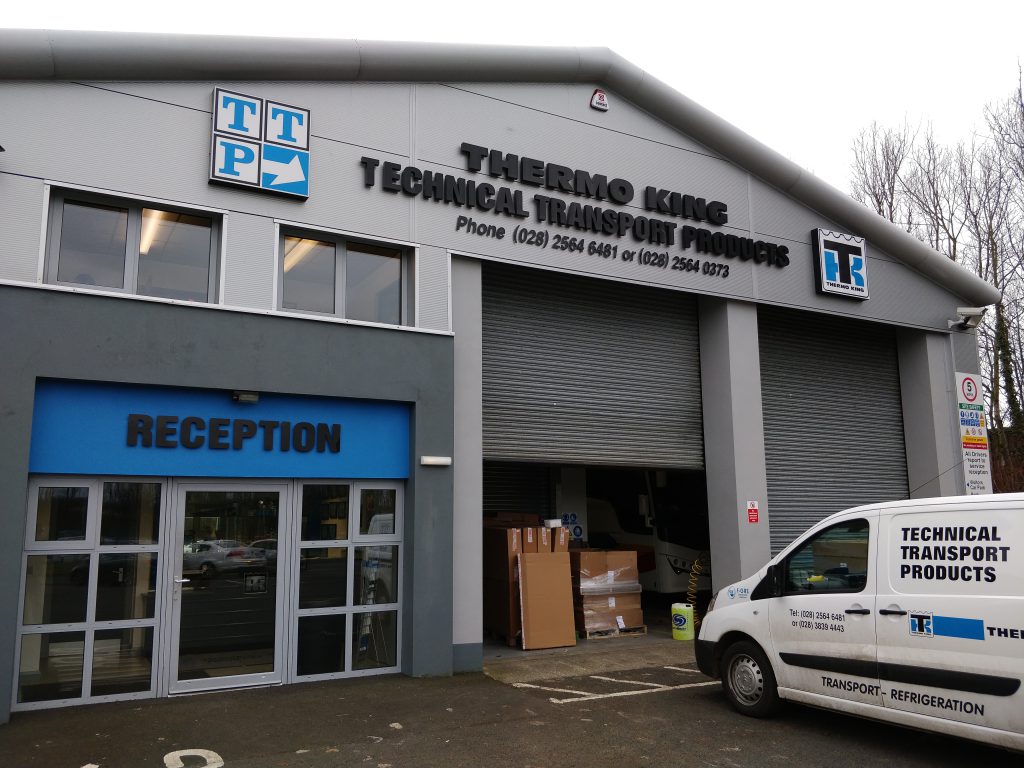 Together they worked on a plan for the short film called ‘The Fast and the Refrigerated’. Stephen says,

“When coming up with concepts for the project we knew that we wanted to do something different, something special. Something fun that properly reflected the character of the business and the people who work there. The Fast and The Refrigerated was the result of that process, a light-hearted heist style short film that entertained viewers and showcased and properly celebrated the business.

We partnered with MCC Computers who have been working with TTP for years. They were invaluable collaborators in helping to work out a strategy for approaching this project and providing that personal connection with the client.”

“What a fantastic experience partnering with Grafters Media and working together to produce this 40th anniversary film for TTP. The thought, planning and effort that went into creating it has resulted in a film that communicates the quality and professionalism of TTP and celebrates their 40 years in business. It was wonderful that “The Fast and the Refrigerated” was recognised by others at an international level, and became an award-winner too! The level of trust, expertise and fun made an enjoyable experience a valuable one. Thank you TTP and thank you Grafters Media.”

Shortly after the 40th anniversary video was completed, a team from TTP attended Thermo King’s annual conference. This is a global event bringing dealers together from as far afield as Africa, Russia, Middle East and Europe. The film was shown at this event and got such a good reception; it received a standing ovation and went on to win an award. Not bad for a collaboration of three Ballymena businesses working together!

If you want to find out more about how video could benefit your business or organisation, then get in touch with Philip at MCC Computers on 028 2563 8888.

May is National Walking Month