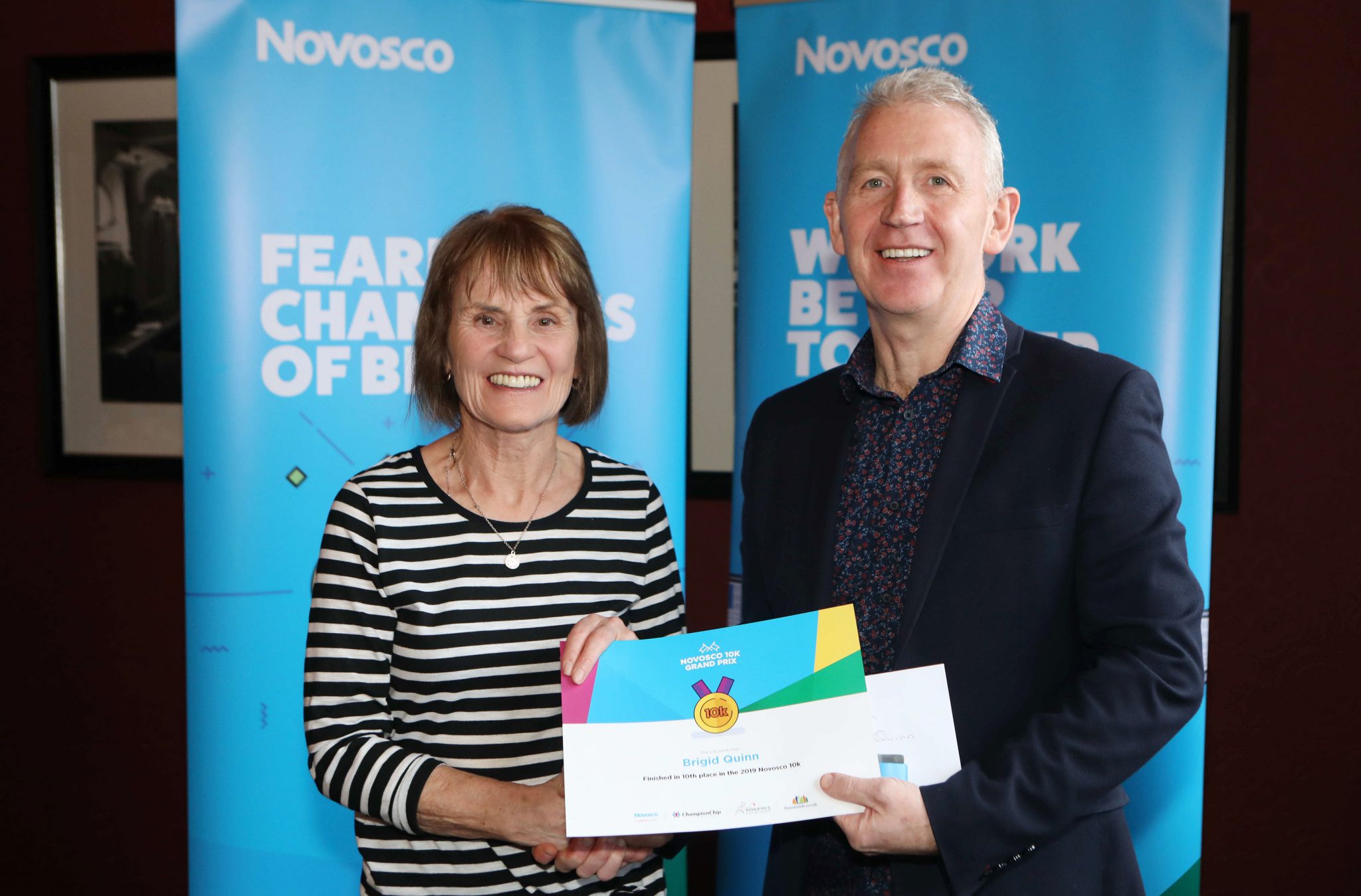 It’s always good to hear of success stories for people from the Ballymena area and that’s the case for a Ballymena runner. Brigid Quinn has finished in the top 10 out of 1,050 registered runners in the 2019 Novosco 10k Grand Prix series.

Brigid, a member of Ballymena Runners, secured 10th place in the 18-race series. This is even better than she achieved in the 2018 series when she finished 14th out of a field of 800 runners

She was among the winners who collected their awards at a recent prize-giving ceremony at the Titanic Hotel, Belfast.

In total, 33 prizes were presented at the ceremony, including awards for the top 25 ranked finalists, top five clubs and three special recognition awards.

Novosco co-founder and Strategic Advisor Patrick McAliskey said: “Congratulations to all of this year’s participants, and in particular to Brigid for securing rank among this year’s top competitors.

“The competitive spirit demonstrated throughout is testament to the calibre of athletics in Northern Ireland and we’re very pleased to continue our support for the series in 2020 which will be rebranded as the CANCOM 10k Grand Prix.” 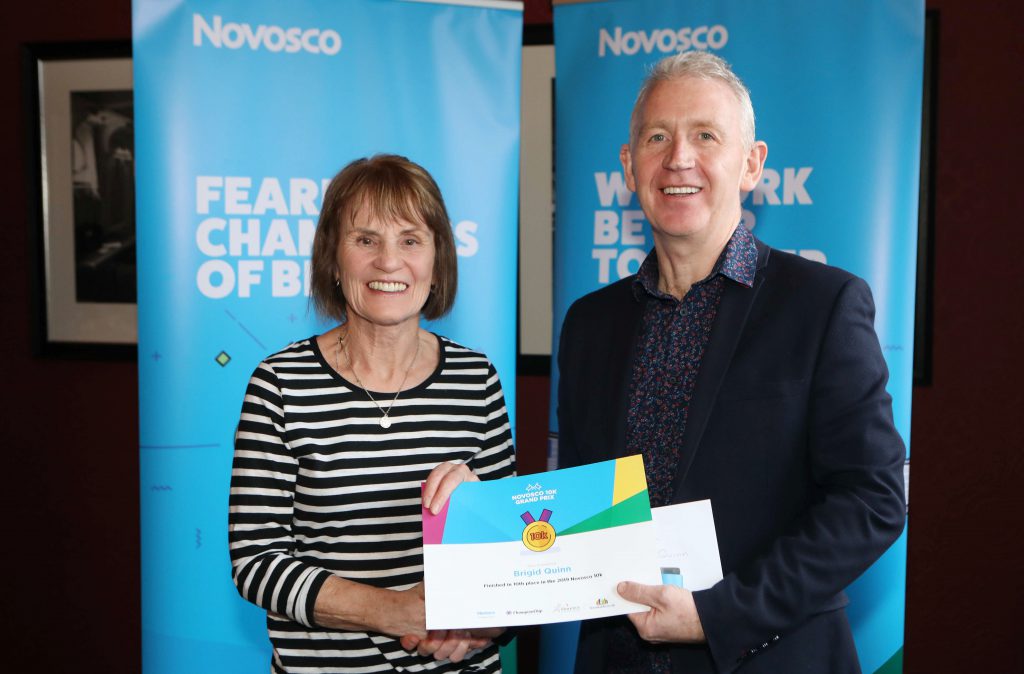 Series organiser Glenn Grant said: “The Novosco 10k Grand Prix has experienced a huge surge in popularity, with 1,050 runners registered to participate in 2019. Refreshing the series every year, we’ve continued to boost prize values to reward athleticism and encourage new entrants to step forward, and we’ve increased the number of fixtures taking place across NI, which currently stands at 18.”

A not-for-profit competition, the Novosco 10k Grand Prix is a series of 10-kilometre running races staged throughout Northern Ireland with a £9,000 prize fund divided among the top runners and clubs.

It is supported by managed services IT firm Novosco, a CANCOM company, and organised by Glenn Grant, owner of electronic timing chip company ChampionChip Ireland, in partnership with Athletics NI, Running NI and Forestside.

For more information about the 2019 series, including a full list of each runner’s final standing, visit the Novosco 10k Grand Prix website here. 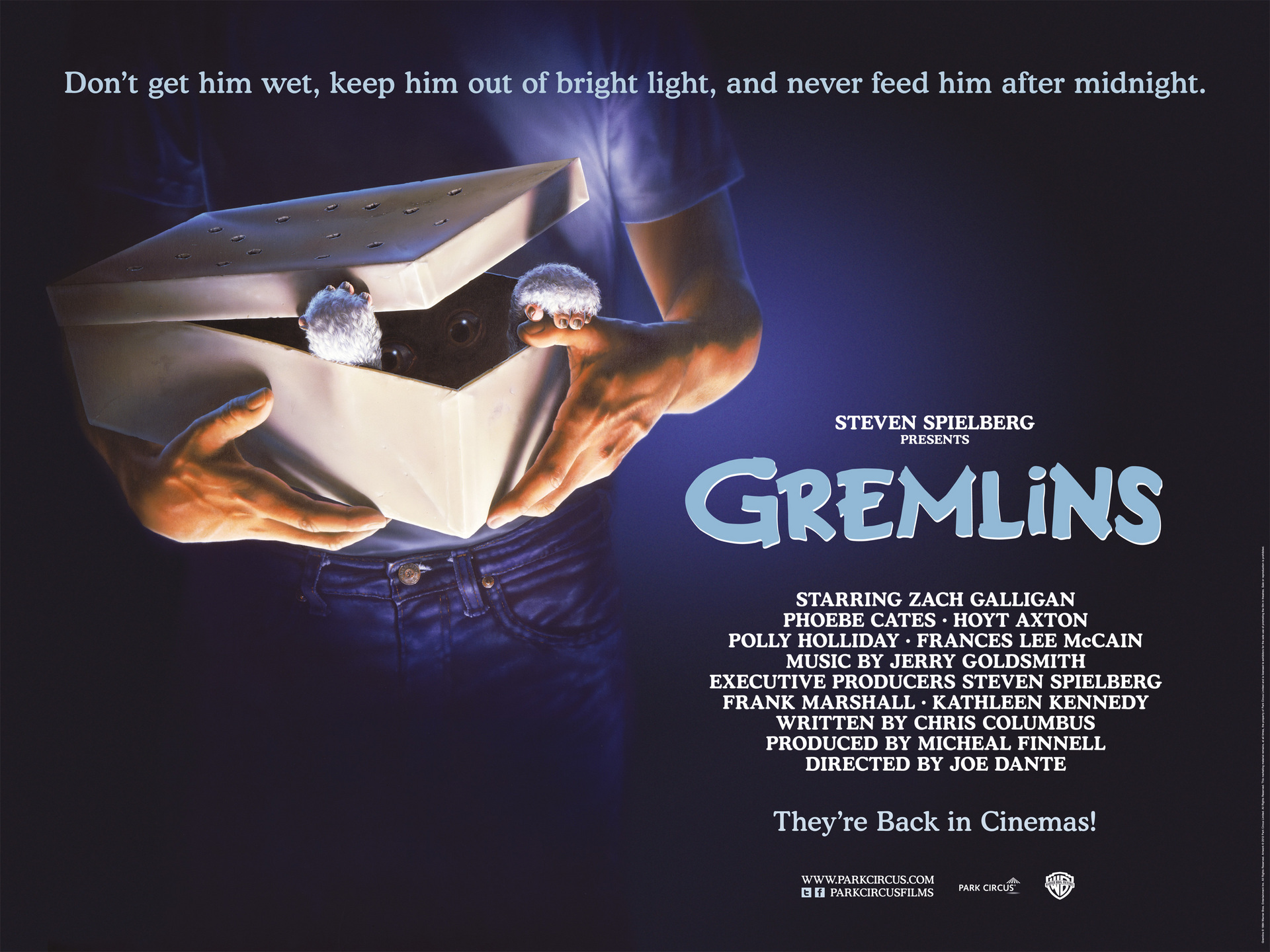 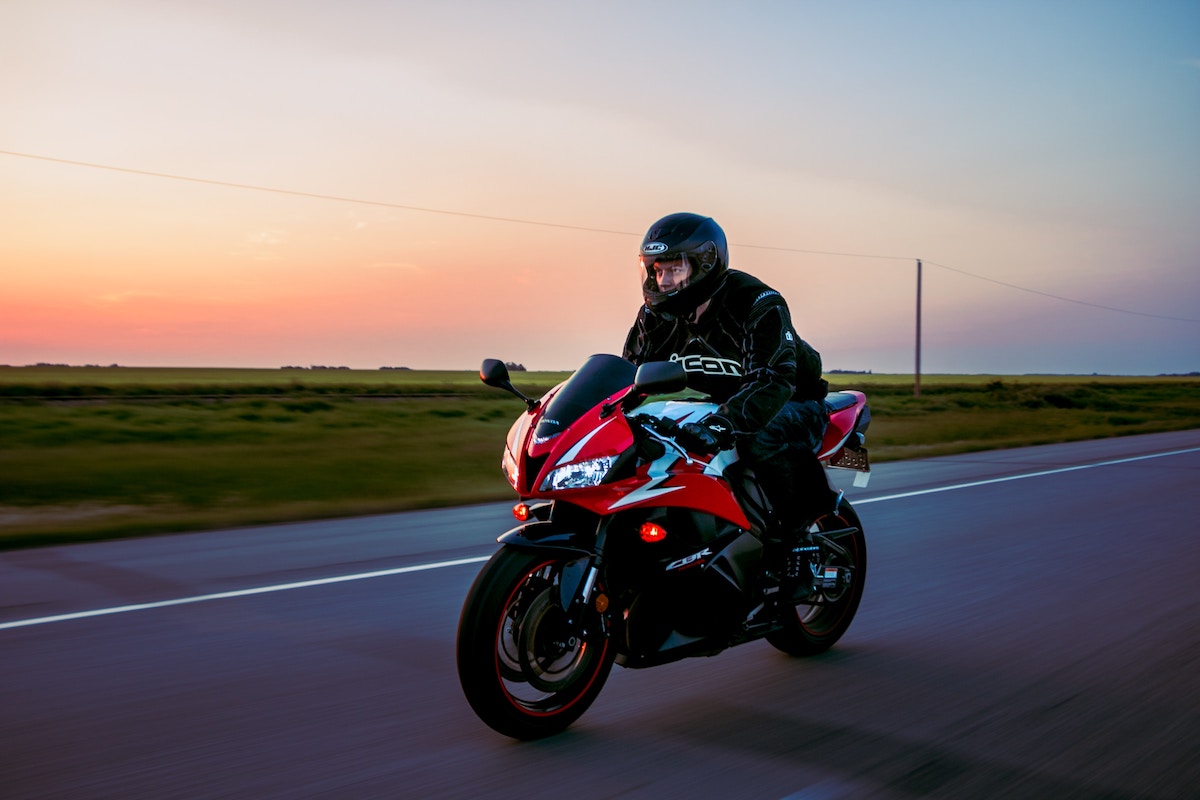 Get your motorbike roadworthy at Ballymena Tyres 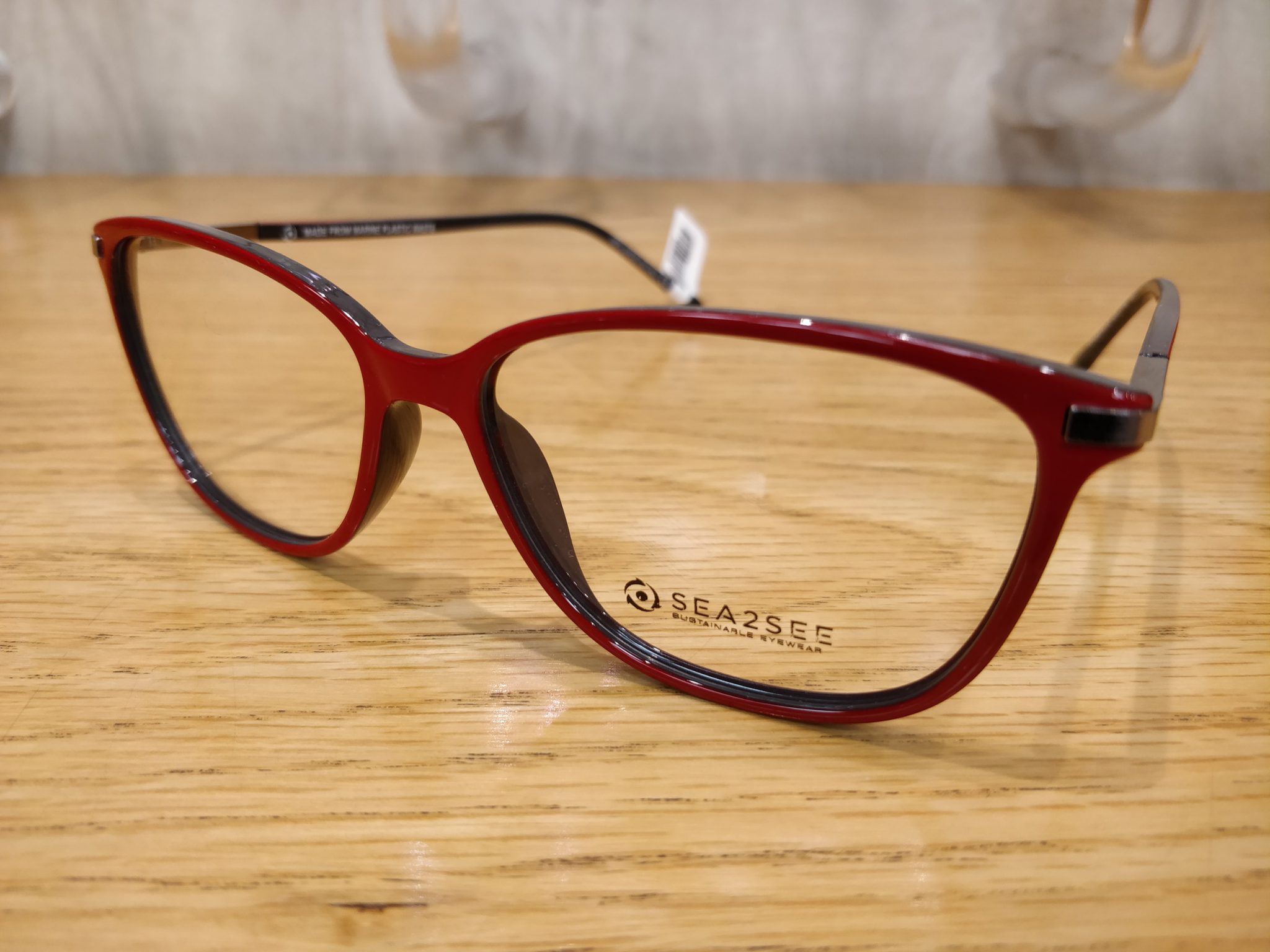 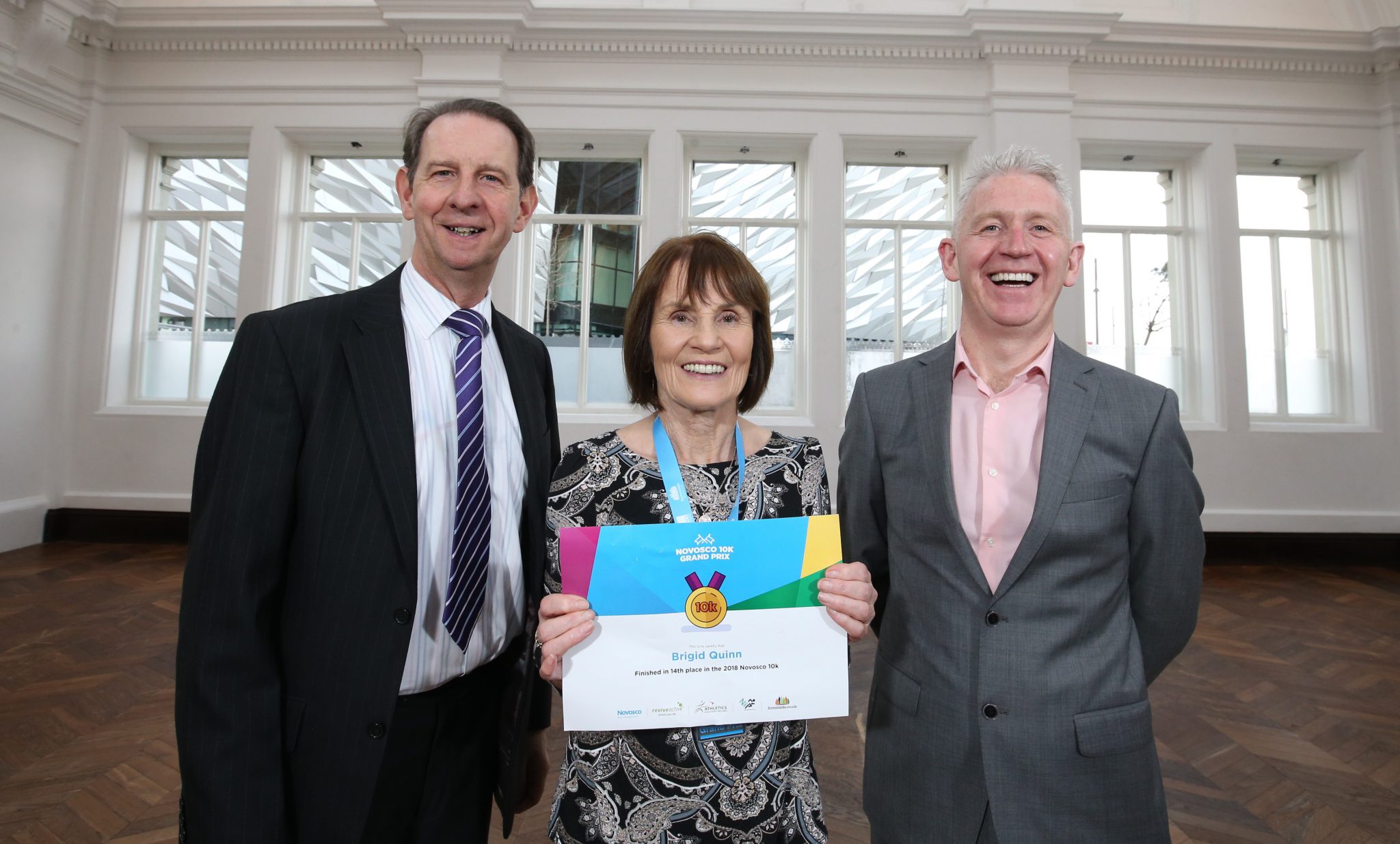