We aren’t quite sure here at Ballymena Today when exactly Minions took over the world but we see them everywhere. They originally appeared in kids film Despicable Me about five years ago and have since appeared in the sequel and have their own movie which was released this year! If you don’t know what a Minion is then take a look below.

This weekend Minions will be taking over the Tower Centre in Ballymena as kids can join the TC club from 12-4pm to make a minion fridge magnet! 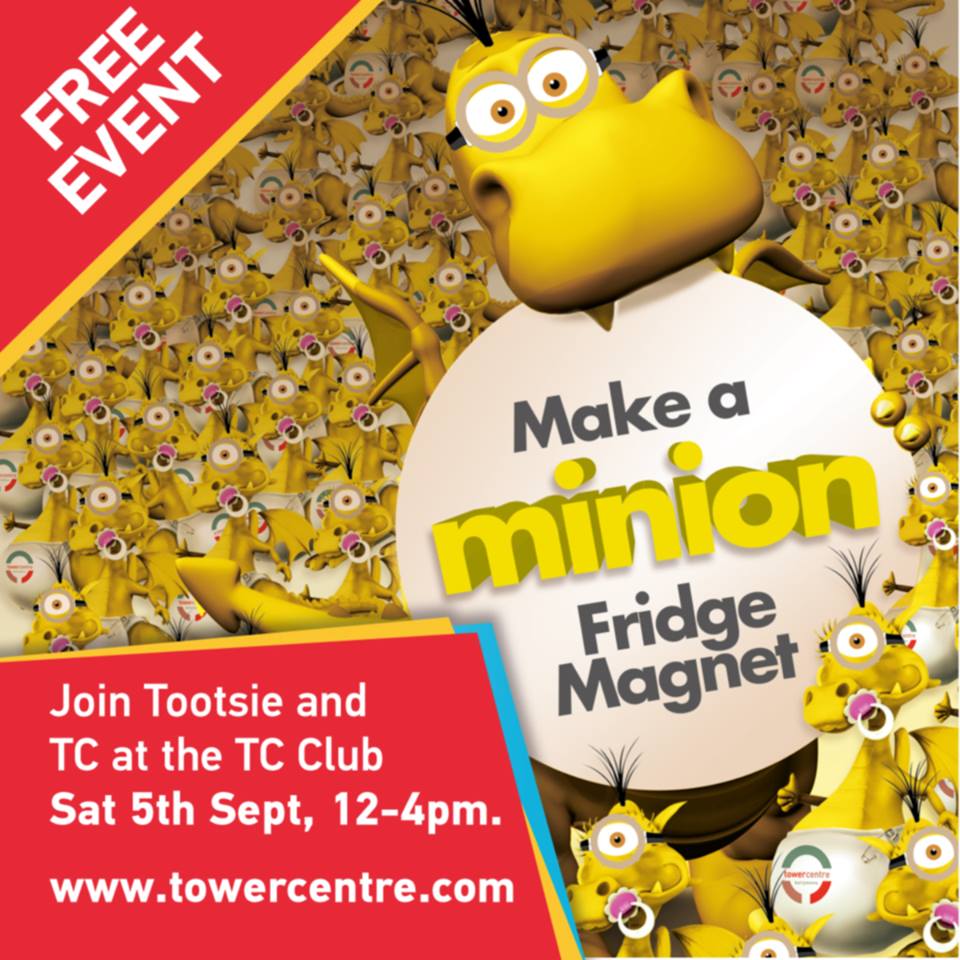 We are very excited to have Jumping Clay with us this Saturday to show us how to make some fun minion magnets. The event will kick off at 12pm and finish at 4pm. Kids will get the chance to make a magnet and bring it home with them. A perfect weekend activity at Tower Centre. We hope to see lots of you there

So if you have a little one who is obsessed with Minions let Jumping Clay help them to build their very on Minion which they can even take home with them! Visit the Tower Centre in Ballymena this Saturday to make sure you don’t miss out.