This month Ballymena book club are reading House of Cards by Michael Dobbs. The number one best seller was written in 1989 and has inspired an excellent BBC series (which earned 14 BAFTA nominations) and the Netflix series starring Kevin Spacey. The Ballymena book club are reading the revised edition and we think that it is the perfect political thriller to read in the run up to the elections. The book club meets in Waterstones in Ballymena n the first Wednesday of each month at 7pm. All are very welcome to come along and join in. 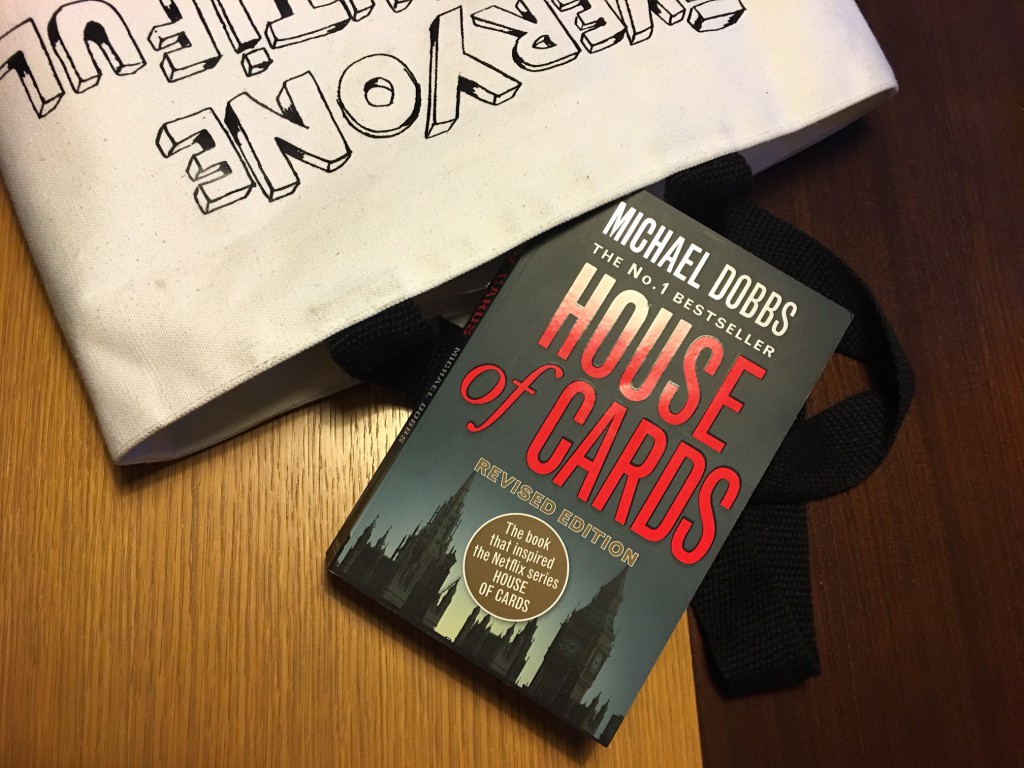 The book has a fascinating history which Michael has shared on his website.

‘I STARTED WRITING THE BOOK BESIDE A SWIMMING POOL DURING A MOMENT OF BOREDOM ON HOLIDAY. I HAD NO IDEA IT WAS ABOUT TO CHANGE MY LIFE SO COMPLETELY. A QUARTER OF A CENTURY LATER IT’S STILL DOING THAT, CHANGING MY LIFE, NEVER KNOWING WHAT TO EXPECT…’

The idea for a novel based around the dark political arts came to me shortly after the 1987 general election campaign, which had been a particularly bruising one. Margaret Thatcher won that election comfortably, but she made many enemies while doing so – too many, I thought. It inspired me to begin work on a plot – entirely fictional, of course – to get rid of a Prime Minister. The book was picked up by the BBC. And during a week that had the nation holding its breath in astonishment, the first episode of the television series aired almost on the day she was forced to resign. It seemed almost impossible, but she was gone.

JOHN MAJOR WON THE SUBSEQUENT LEADERSHIP BATTLE AND BECAME PRIME MINISTER. HE TOLD ME THAT HOUSE OF CARDS HAD DONE FOR HIS JOB ‘WHAT DRACULA HAS DONE FOR BABY-SITTING’. I TOOK IT AS A COMPLIMENT.

The BBC’s television adaptation of the House of Cards series received fourteen BAFTA nominations and won two. It has been one of the best-selling television series worldwide made by the BBC in the past twenty years. And now the US adaptation, which stars Kevin Spacey, Robin Wright and Kate Mara and is directed by David Fincher. Once more my cup overflows.

He also said ‘this wouldn’t have been possible without the brilliant material it was based on’. He’s not only one of the most talented actors of our age but kind, too. (Source)

We started reading it at the weekend and already are half way through – we are hooked. If you have seen either series or enjoy political satires like The thick of it or the gentler Yes Minister then this is the perfect opportunity to pick up this months Waterstones Ballymena Book club choice House of Cards. If you have already read it and are looking for something similar pick up Head of State by Andrew Marr which is a political novel about Brexit.