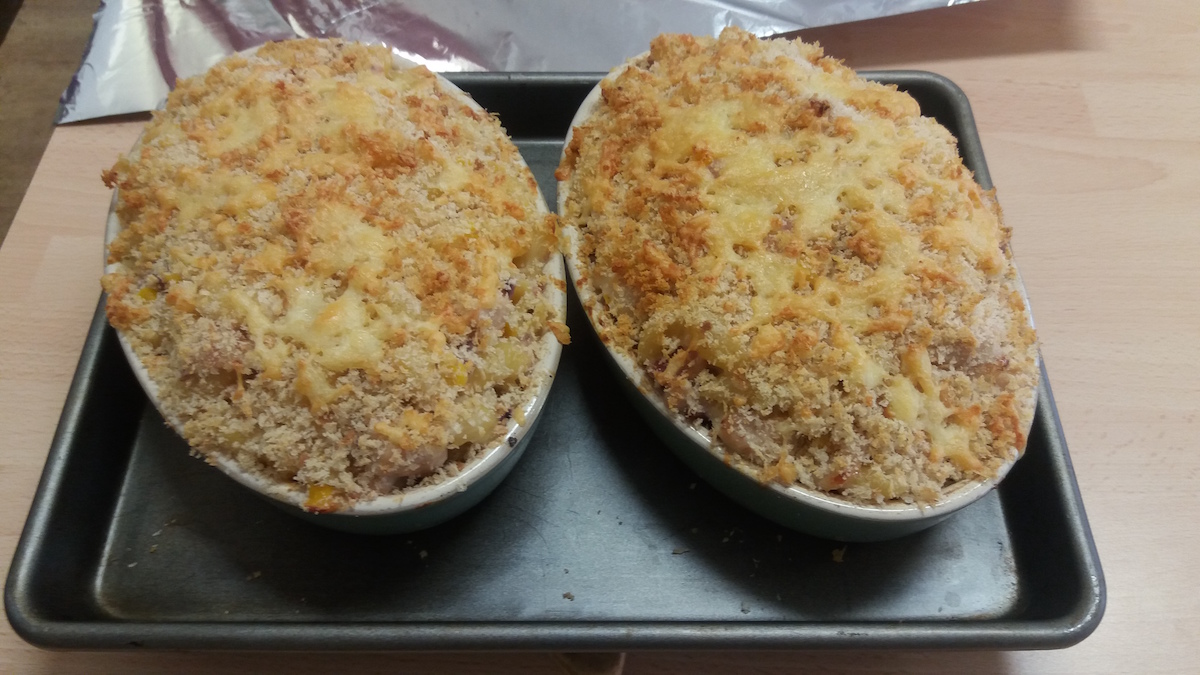 Over the past few months our Ballymena Today Youth Team member Rachel has been busy cooking at the Cooking club in Ballymena Academy. We have loved her recipes so far which include a gorgeous swiss roll, lasagne, and some amazing salted caramel brownies. Here is another savoury dish which could save you time when you need to get dinner on the table asap.

For our fourth and final Cooking Club, we made a delicious chicken, bacon and sweetcorn pasta bake which turned out really well! It filled two middle-sized ovenproof and one dish fed 5 people – so this is certainly an option to be making for dinner!

This has been the most difficult so far, in my opinion, as there are lots of things going on at once in this recipe! One piece of advice – keep really close to the recipe, as we didn’t follow it very carefully at some points and so had to fix the mistakes… but follow the recipe and you’ll be fine! ☺

The recipe which we used was taken from ‘Dairy Council Northern Ireland’. They have a website which has many other delicious recipes for all occasions, as well as much more – check it out here. In order to get straight to the recipes, click on ‘Consumers’, then ‘Recipes’!

Note: this recipe does not originally include onion, but we thought it was really nice to add some, so we sliced up a red onion and added it into the saucepan just after we browned the bacon and chicken!

So here’s the recipe…

So that’s dinner sorted! This recipe would also be really nice in several smaller, single dishes! Why not fill up each dish equally and give each person their own individual dish, along with some chips or salad?

And, sadly, that’s it from the HE club! As my HE teacher said, this club was “an excellent way to display your culinary skills”. Maybe if there is a club like this near you and you like baking, why not give it a go?

The online-self that we have created

Bamber Physiotherapy aims to get Ballymena locals back on their feet