Carniny Amateur and Youth Football Club in Ballymena is a local community football team which was founded in the summer of 2000. It started with just six kids kicking a ball around at Carnhill Playing Fields at Carniny and has now grown into something much bigger. Each year they run a Football Development Centre to help children improve their football skills.

Carniny Amateur and Youth FC are now accepting enrolment forms for their next 10 week session commencing Sat 23rd Sept. The club’s Football Development Centre will resume in September for another 10 week block.

This years Football Development Centre which will commence on Sat 23rd September will cater for children (boys and girls) born 2013, 2012 and 2010. Anyone interested should call 07850669666, Enrolment forms are available here. 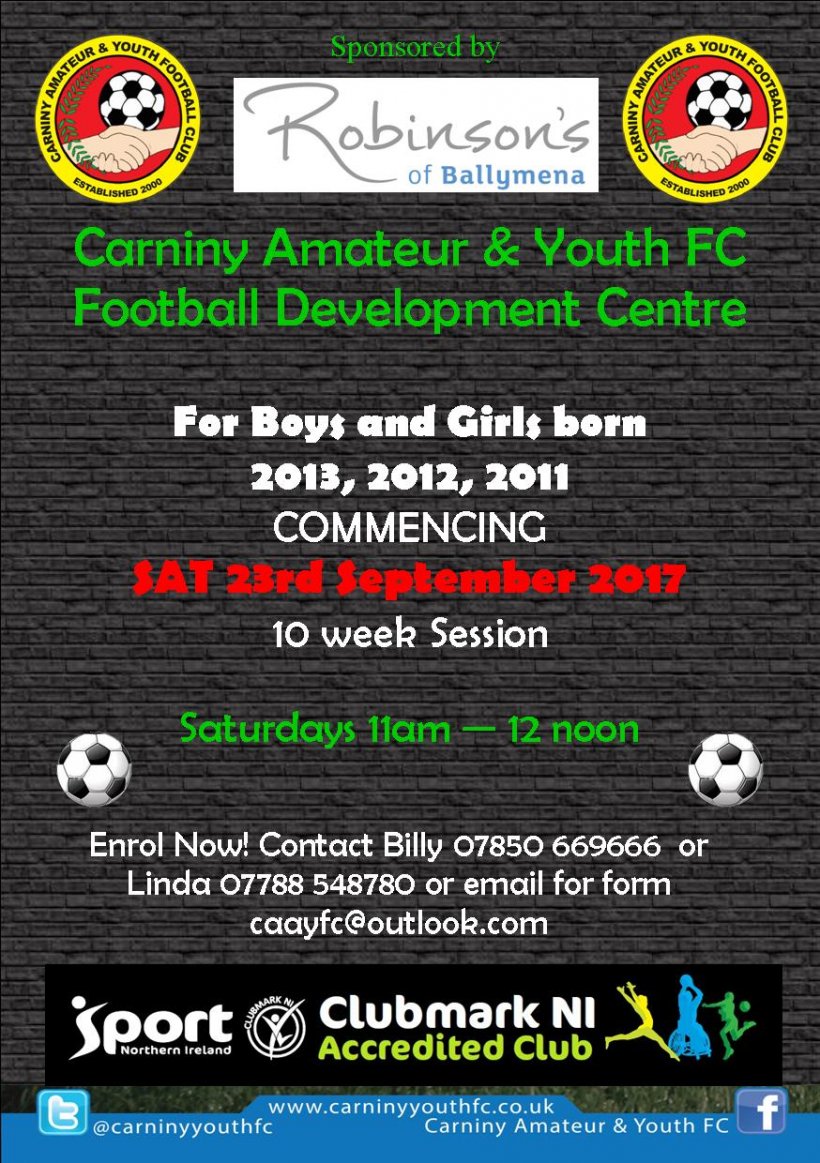 And if you are too young to play in the youth team, but love football then take a look at this:

Carniny Amateur are on the lookout for anyone aged 35+ who would be interested in playing in a veterans football competition coming up in the near future.

Anyone interested should contact Billy on 07850669666 to state their interest and he will provide the necessary details.