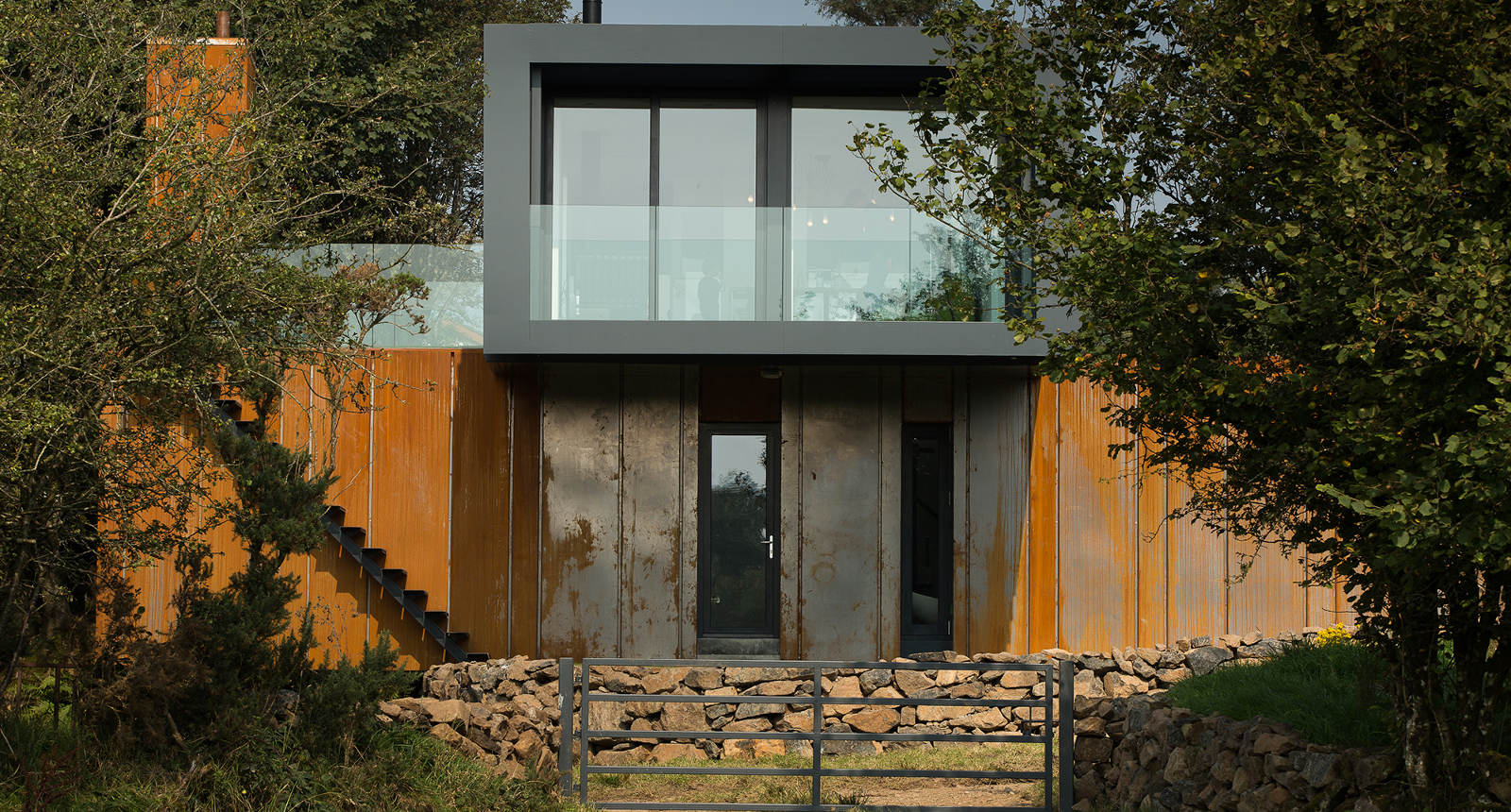 If you have watched the latest series of Grand Designs on C4 you might have seen Northern Ireland architect Patrick Bradley, from Maghera showcase his new home – Grillagh Water House.

Bradley designed a contemporary living space which if built using traditional methods would have requires lots of expensive steelwork. We love the architects problem solving approach who, instead of opting for a cheaper more traditional design, looked for an alternative to steelwork beams and opted for four shipping containers. The containers needed structural reinforcement but allowed Bradley the large open plan spaces which he wanted fro his home.

“The 34-year-old is loving every moment of living in his unique rural bolthole, which is adjacent to the picturesque Drumlamph woodland.

We love the innovative design and logical problem solving that allowed this architect to have the home of his dreams rather than compromising for something less special.

School Painting and decorating by D Robinson and Son