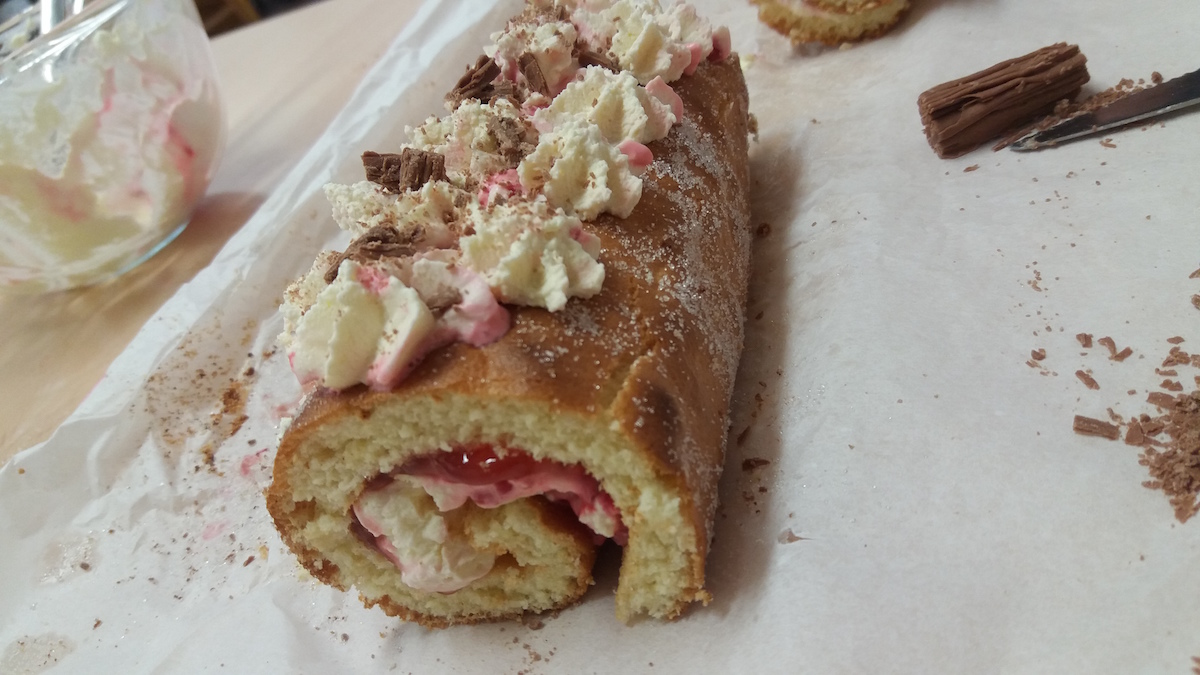 If you have been keeping up with the biz, you will know that I am currently going to a first time-ever ‘Cooking Club’ at my school, on Thursdays! We are in training for the ‘Whizz Kids’ competition coming in September/October time, and are practicing preparing a number of foods which test our different skills and abilities, pupils and teachers alike!

On a quiet Thursday, we made a fluffy, delicious Swiss Roll! I found making the sponge itself fairly easy, but it was the rolling that was trickier… See how you get on !

We didn’t actually use a recipe on Thursday – our teacher just told us what to do as we went along – but here’s one adapted from this recipe that’s similar (more or less)!

For the Swiss roll:

For the filling and decoration:

As you probably noticed, this recipe is slightly more difficult than the other recipes. But hey, if I can do it, you can definitely do it! It doesn’t use very many ingredients – so why not give it a go?